Apartheid- a holocaust-like experience
The US Presbyterian Church’s International Engagement committee voted overwhelmingly to state that Israel’s laws, policies and practices regarding the Palestinian people fulfill the international legal definition of apartheid. These are growing signs that churches, secular bodies, and the human rights community around the world are taken a very stern view of Israel’s political actions against the Palestinians. Such resolutions signify a paradigm shift in global engagement towards applying international law and human rights and comfort in its impunity.

There is a full realization in the European Union too that there exists “no suspicions of irregularities and/or fraud” and “did not find sufficient ground to open an investigation” against Palestinian Organizations earlier slapped with terror allegations.

These are all signs of hope from important quarters. And yet, there are still harsh realities to contend with. The National Bureau for defending land and resisting settlements has concluded that the Naftali Bennett – Yatir Lapid’s Government was the most excessive in pushing a number of settlement plans. This, despite, some parties in the government, such as, Meretz and the Zionist left-wing having pledged during the election run up that they would “prevent the construction of more housing units in the settlements”.

The acute stress among refugees dependent on UNRWA support heightens as Philippe Lazzarini, commissioner-general of UNRWA, reports that the agency is “cash-strapped” and needing to “beg for help” if its services were to continue.  UNRWA’s mandate, which is renewed every three years by the UN General Assembly, commits to assist and protect Palestine refugees until a “just resolution” to the Palestine refugee “question” is reached. UNRWA now prepares for a new General Assembly vote later this year to renew its mandate and faces a financial deficit of roughly $100 million. This is a continuing gridlock for UNRWA.

What of the Palestinians political future?  A Palestinian public opinion poll in the West Bank and Gaza Strip reveals a major turn down in the popularity of the Fatah movement and its leadership. The poll results suggest a radical transition in the inner balance of power in favor of Hamas. 33 percent of respondents believe Hamas to be the more politically appropriate choice to make. Confidence in President Mahmoud Abbas lies shattered. People aspire for the restoration of democracy. 71 percent want Palestinian legislative and presidential elections without further delay in the Palestinian Territories.

“Israeli Apartheid” compared to Holocaust
The US Presbyterian Church’s International Engagement committee voted overwhelmingly to recognize that “Israel’s laws, policies and practices regarding the Palestinian people fulfill the international legal definition of apartheid,” as they had determined that Palestinians were systematically oppressed through inhuman acts for the objective of racial domination. The resolution claimed that there were two sets of laws for Israelis and Palestinians, which are preferential for the former and oppressive to the latter. It also asserted that Palestinian land and water were stolen for use by “Jewish-only settlements” and that Palestinians were denied freedom of residence and movement, living in “separate reserves and ghettos,” echoing language used in the resolution passed on the same subject at the North Carolina Democratic Party (NCDP) state convention on June 18.
Reported from Jerusalem Post

‘Unfounded allegations’: EU resumes funding of Palestinian NGOs
The European Union (EU) has told two prominent Palestinian NGOs that it will resume funding them after a yearlong suspension tied to unfounded “terror” allegations made by Israel.

The European Commission – the EU’s executive branch – sent letters several days ago to Al-Haq and the Palestinian Center for Human Rights (PCHR), informing them that their 13-month-long suspensions were lifted unconditionally and with immediate effect. The Commission cited the results of a review conducted by the EU’s European Anti-Fraud Office (OLAF), which it said found “no suspicions of irregularities and/or fraud” and “did not find sufficient ground to open an investigation”. The emails were sent soon after Al-Haq had launched legal proceedings against the Commission.

Al-Haq said in a statement on Thursday that more than 13 months after an arbitrary suspension was imposed on the funding of Al-Haq’s EU-funded project, the Commission had “finally lifted this disgraceful suspension, which was unlawful from the start and based on Israeli propaganda and disinformation”. The suspension has been lifted unconditionally and with immediate effect according to Al-Haq.
Read full report in Al Jazeera

Bennett – Lapid Gov’t extreme in approving Settlement Plans
The National Bureau for defending land and resisting settlements ( nbprs ) stated that as expected, the Naftali Bennett – Yatir Lapid’s Government didn’t last long, but it was the most extreme in pushing a number of settlement plans  although some parties in the government, such as, Meretz and the Zionist left-wing had pledged in the election campaigns to prevent the construction of more housing units in the settlements. After it announced the dissolution of the Knesset, it built thousands of units in settlements blocs in the depths of the West Bank, and revived the construction plan in the so-called E1 area in the vicinity of the “Ma’ale Adumim” settlement, east of occupied Jerusalem. In a year it was the actual promotion of 7,292 settlement units allowed, while the construction rate during the years of Benjamin Netanyahu’s rule reached 6,000 units per year. A quick inventory shows that the far-right government in Israel has approved since the beginning of this year, a number of settlement projects with a political and settlement expansionist dimension to erase the Green Line separating the 1948 and the setback of 1967, and its latest achievements were the approval of 3 settlement projects south of occupied Jerusalem on both sides of the Green Line.  Although the demarcation and path of the Green Line is found in international documents, the decision to write off the Green Line was adopted by the State of Israel and worked to cross out the land, and the Bennett government deepened that – especially after the Planning and Building Committee in occupied Jerusalem approved dozens of settlement projects ignoring this line. The new settlement plans include hundreds of medium-sized settlement units, kindergartens, synagogues, and new schools, and hundreds of housing units in buildings from 10 to 30 floors in a number of schemes. 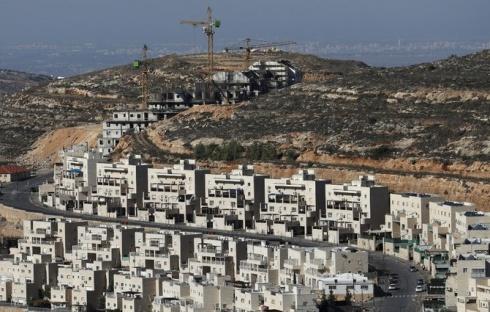 On the other hand, the occupation municipality in Jerusalem is planning to organize a major provocative sporting event (A special Jewish Olympic Games) in which the flags of the occupation will be raised in the occupied city of Jerusalem in the middle of next July, with the participation of thousands of Israelis from around the world. Read full report in PNN News
Source:

Is this the end of UNRWA?
UNRWA was established in December 1949 to provide relief to Palestine refugees created by the Nakba, or the forcible expulsion of Palestinians from their homeland to create the state of Israel. Today, some 5 million refugees are “eligible,” according to UNRWA, to receive its social services, education and health care. However, the agency has been forced to steadily reduce those services due to lack of funds.

Philippe Lazzarini, commissioner-general of UNRWA, the UN agency for Palestine refugees, has said the agency is “cash-strapped” and that it has become “almost customary” for the person in his position to “beg for help if we want the services to continue.” Throughout the message, he emphasized the “chronic underfunding” of UNRWA only to note that the agency is exploring how to “maximize partnerships within the broader UN system.” This cryptic statement – what does it mean, exactly, if UNRWA were to maximize partnerships within the broader UN system? – has raised concerns among Palestinians that UNRWA will be disbanded – its services dispersed among other UN agencies or nongovernmental organizations. 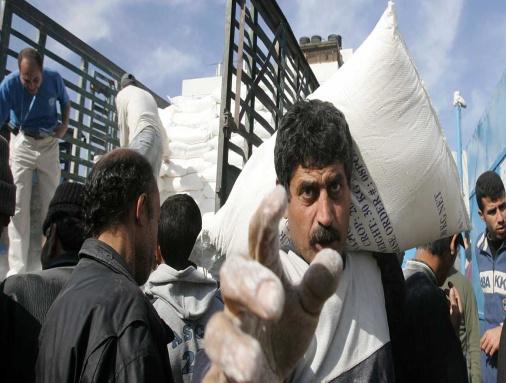 Lazzarini claims that “such partnerships” – as in, those “within the broader UN system” – “have the potential to protect essential services and your rights from chronic underfunding.” Without UNRWA’s services, Palestine refugees in Syria, Lebanon and Gaza face a potential (or, in some cases, even more dire) humanitarian crisis. Although Palestinian refugees’ right of return is enshrined in international law, Palestinians fear that their rights will be further diminished without a UN agency to provide basic services. UNRWA’s mandate, which is renewed every three years by the UN General Assembly, includes a commitment to assist and protect Palestine refugees until a “just resolution” to the Palestine refugee “question” is reached.

In December 2019, the General Assembly extended UNRWA’s mandate until June 2023. The measure was passed with overwhelming support despite the lone objections of the United States and Israel.  UNRWA prepares for a new General Assembly vote later this year to renew its mandate and faces a financial deficit of roughly $100 million. This is not a new dilemma for UNRWA.
Read full report in Electronic Intifada 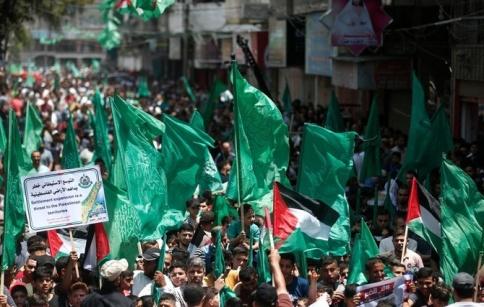 Similarly significant decreases in support for the two-state solution and the one-state democratic solution were also recorded, and an increase in support for a return to an armed intifada and support for the recent armed attacks inside Israel. The majority of respondents, meanwhile, still see the Palestinian-Israeli conflict as a national struggle over land and sovereignty, rather than a religious conflict.

The poll results indicate a shift in the internal balance of power in favor of Hamas and its leadership; 33 percent of respondents said that they believe Hamas is more appropriate than Fatah, led by President Mahmoud Abbas, to represent and lead the Palestinian people. In comparison, 23 percent said they think that Fatah is more appropriate. Thirty-three percent say that if new presidential elections were held today and only two candidates, Abbas and Ismail Haniyeh, stood, they would elect Abbas, and while 55 percent said they would elect Haniyeh.

In all, 79 percent of the public said that the Palestinian government does not play an influential role in addressing high prices and their effects. In comparison, 57 percent objected to President Abbas’s internal decisions, such as transferring powers to the General Secretariat of the Legislative Council for the Presidency of the National Council. In addition, 71 percent said that they want to hold general Palestinian legislative and presidential elections soon in the Palestinian Territories. A majority of 54 percent, though, say they do not believe that elections will take place soon.

Just over a quarter of the Palestinian public say they want to emigrate due to the current political, security and economic conditions, and 86 percent believe there is corruption in the institutions of the Palestinian Authority. In comparison, 71 percent say that there is corruption in the institutions run by Hamas in the Gaza Strip, and 59 percent believe that the PA has become a burden on the Palestinian people. Forty-two percent of the population of the West Bank says that people can criticize the PA without fear. In comparison, 54 percent say that this is not possible. In contrast, in the Gaza Strip, 62 percent say criticism of Hamas is not possible.
Read complete report from Arab News