EU’s Aid policy won’t fix Palestine’s economy
The European Union’s financial institutions are increasingly focusing on Palestine in order to help spur sustainable development, create jobs, promote growth, and support the post-pandemic recovery. But despite massive flows of investments – mostly in the form of loans to the Palestinian private sector – the EU continues to ignore the structural obstacles to Palestine’s development. Instead, its assistance props up the Palestinian banking system and sustain a broken economy under occupation.
Read more on Oman Observer 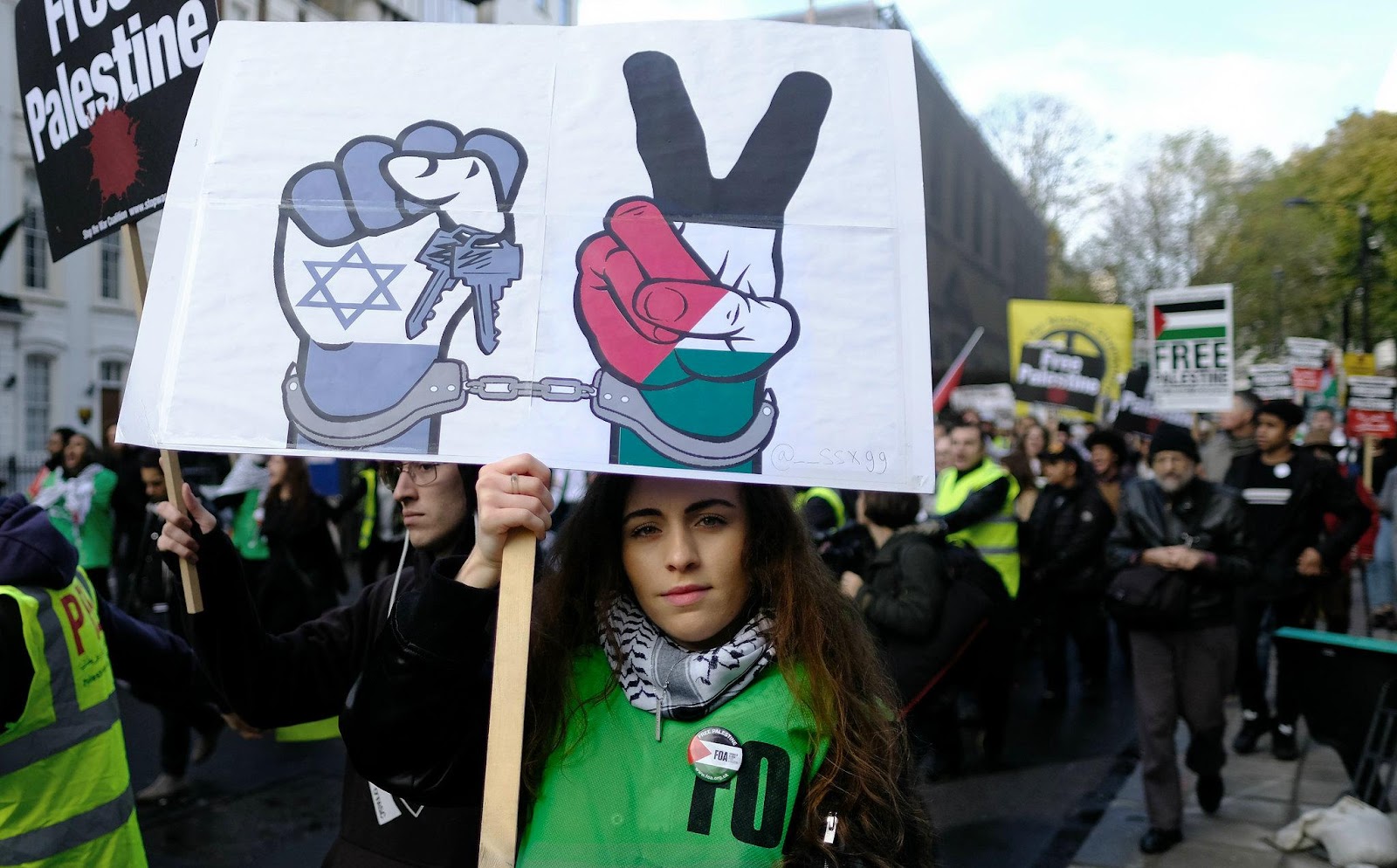 In January, British Education Secretary Nadhim Zahawi claimed that the popular phrase, “From the river to the sea, Palestine will be free” is anti-Semitic and implied that chanting it should be considered a criminal offense. Zahawi’s comments appear against the backdrop of the British government’s increasing repression of Palestine solidarity activism, including efforts to ban public bodies from using boycott, divestment, and sanctions tactics, as well as attempts to conflate anti-Zionism with antisemitism…the crackdown is reflective of long-standing British foreign policy towards the Israeli regime, it is also part of a wave of legislation aiming to criminalize a wide range of social justice and political movements, with a focus on demonstrations and political actions…This repression has also spurred new solidarity and cross-movement work among targeted groups, which is increasingly apparent at demonstrations and political actions across the U.K. In these spaces, Palestine solidarity activists, BLM activists, migrant and refugee activists, and climate activists, among others, are all converging in shared struggle.

Britain’s support for the Zionist project has been unwavering since its colonial inception, and British foreign policy has continually reflected this. Indeed, Britain’s political elite was comprised of ardent Christian Zionists, including Prime Minister Lloyd George, who led the coalition government at the time of the 1917 Balfour Declaration. This commitment to Zionism, which necessitated the denial of Palestinian national aspirations, was central to British rule throughout its 30-year occupation of Palestine, from 1917 to 1948.
Source:

Israel’s colonial violence is precise cause of Palestinian suffering 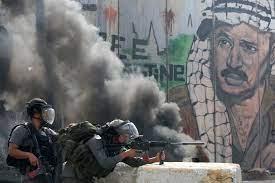 The two-state compromise facilitates the international community’s alienation from the repercussions faced by Palestinians as a result of Israel’s ongoing settler-colonialism and violence. Imagining Palestine through the imposed (and moribund) two-state framework creates desensitization from the suffering of the Palestinian people, which is almost never brought into the spotlight when diplomats speak about Israeli aggression against Gaza, for example, or the consequences of forced displacement and illegal settlement expansion. The international community wants instead to publicize its diplomacy, which simplifies and dehumanizes Palestinians.

When reports about Palestinian suffering do emerge, and they do so regularly, it is a pity that some are marred by quoting the UN Secretary-General Antonio Guterres, as in the recent detailed report titled “Trapped: The impact of 15 years of blockade on the mental health of Gaza’s children” by Save the Children. “It is no surprise that the lives of children in Gaza have been described as ‘hell on earth’ by UN Secretary-General Antonio Guterres. However, let’s keep in mind that Guterres advocates for Israeli colonial violence when he claims, falsely, “There is no Plan B.” Quoting him distracts from what is otherwise a vital report that the UN and diplomats worldwide would do well to read with the intention of bringing justice, not temporary pain relief, to the Palestinians. But then again, the report’s language focuses on conflict and recommends creating “conditions for renewed talks between the parties to the conflict for a just solution that addresses the underlying causes of violence,” as if Israel’s settler-colonialism and its inherent violence is a phenomenon yet to be discovered and articulated.
Source:

“Israel’s interior minister Ayelet Shaked is a war criminal and a terrorist known for her frequent calls to cleanse Palestinian people,” said Morocco’s branch of the Boycott, Divestment and Sanctions movement (BDS) on Monday in reaction to the infamous far-right politician’s visit to Rabat.

Shaked, a hard-right politician with a history of anti-Arab statements is expected to meet with Moroccan Interior Minister Abdelouafi Laftit, Foreign Minister Nasser Bourita, Economy Minister Nadia Fettah and other key officials during her four-day-trip to the Moroccan kingdom. Her ministry said on Sunday that she hopes to secure Moroccan workers to go to Israel to work in the construction and nursing sectors.
Source: 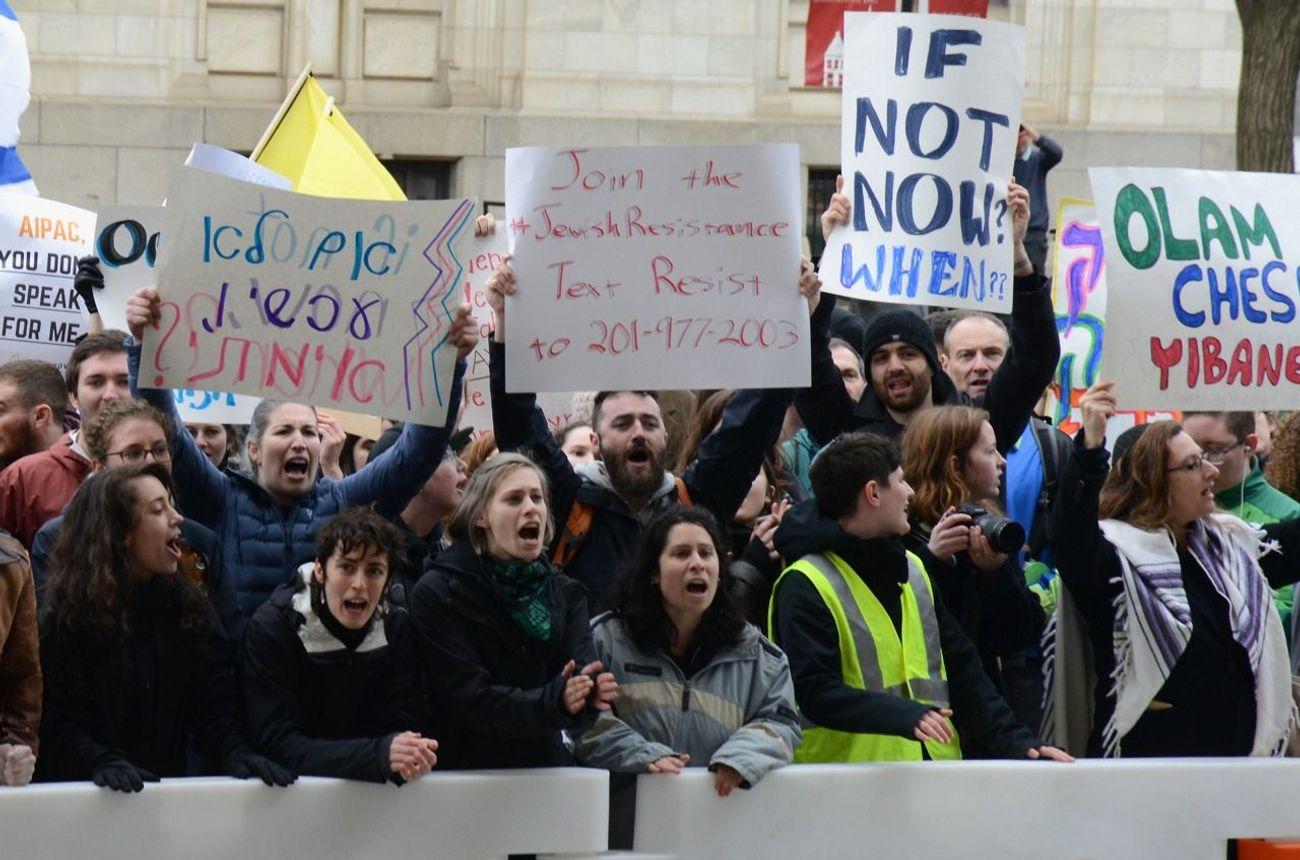 Eric Alterman is an important liberal Zionist intellectual, and he is losing patience with Israel. Speaking at Tel Aviv University at the end of May, he said that Israel has lost the American left, and Judaism is itself in crisis because its only content is pro-Israelism. And p.s., Alterman has cut Israeli peace organizations out of his will because Israeli society is going the wrong way. “Israel has lost the left. No question about it, and it can’t get it back as long as it has this occupation. And even your good government has 72 votes on the right and is building 4000 new settlements, it’s doing terrible things every day,” Alterman said.
Source: