FILM: Palestinian citizens’ recount the horrors of May 2021
The context, review, and a link to the film 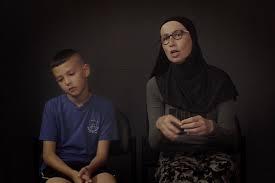 May 2021 was one of the bleakest periods I can recall in my time as a journalist and activist. It was a toxic cocktail of attacks by Israeli settlers and police forces on the Palestinians of Sheikh Jarrah, the crackdown on worshippers at Al-Aqsa Mosque, the military onslaught on Gaza, and the rockets that rained down on Israeli cities and towns. One of the most terrifying episodes was witnessing the violence and chaos in bi-national cities such as Lydd, Ramle, and Jaffa — cities that had historically been home to large Palestinian populations until in 1948, when Zionist forces conquered them, expelled their Arab majorities, and settled Jews (often from Arab or Muslim countries) there. For decades after Israel’s founding, those cities, which were once hubs of Palestinian culture and commerce, were cast aside and rendered derelict. In Israeli parlance, the cities are used as synecdoches for violence, crime, and lawlessness. Palestinians in those cities suffered twice over: once for being poor, and once more for being Arab.

Israel tried to portray these cities as oases of “coexistence” — a term both deeply wrong and misleading, particularly when taking into account that the Palestinians living in places like Lydd and Ramle (the majority of whose populations were expelled during the Nakba) never had any meaningful say over what that coexistence could or should look like. Still, despite it all, and though living an uneasy existence, Palestinians and Jews often formed bonds of friendship and solidarity in what Israel called “mixed cities.”

Yet over the past few years, relations in these cities have deeply frayed. Poverty and segregation deepened, while far-right settler groups from the “Garin Torani” movement began a concerted effort to move into and “Judaize” predominantly Arab neighborhoods. The killing of Lydd resident Musa Hasuna by an Israeli Jew during a demonstration in the city in early May 2021 sparked days of protests in the city, with some Arab residents burning synagogues and opening fire on Jewish residents.

By now, the rest of the story is well known: Israeli police were deployed in Lydd, where they were joined by West Bank settlers to restore order by brute force. Violent attacks between Palestinians and Jews took place across the country, including attempted lynchings and outright killings. As far as many Israeli Jews were concerned, the Palestinians were entirely at fault for what had transpired, and in the wake of the violence, when things had finally calmed, hardly anyone cared to hear about what Palestinian citizens had faced during those dark days.

Now, a new documentary film, aired online for the first time on +972, gathers testimonies by Palestinian citizens living in Lydd and Jaffa in the months following May 2021. Over the course of the 40-minute film, we hear mothers, sons, fathers, and spouses describe terrifying encounters with settlers and police. There’s the story of a 14-year-old Palestinian boy shot in the leg by Israeli forces, only to be dragged away by police again and beaten as he was evacuated to a hospital. We hear about how Border Police officers and settlers staged a coordinated assault on a mosque. Then there is the Palestinian mother who watched two Israeli men beat her son, who still has nightmares and struggles to sleep to this day. The film is a harrowing reminder of just how quickly, and how terrifyingly, these “mixed cities” can be turned against their residents.

A year later, life in Lydd and Jaffa may feel as if it has returned to “normal,” but there is actually very little being done to ensure we do not see a repeat of last May. The Bennett-Lapid government has made clear it has no political vision beyond keeping Netanyahu out of power at all costs, leaving the very real and dangerous fissures, exacerbated by extremist groups operating in these cities, in place. It will be us — Palestinians and Israeli Jews living between the river and the sea — who will be forced to pick up the pieces.