From Raglan to Palestine – let our voice be heard
By John Minto, Opinion, NZ Herald*

During World War I, the New Zealand Government took a big area of land at Raglan from the local Tainui Awhiro people to build an airfield and bunker as part of the local war preparations.  The airfield was never built and, instead of returning the land to the people, the government used the Public Works Act in 1928 to give legal justification for the Crown keeping the land. 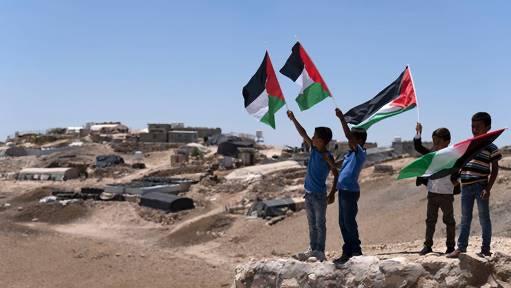 In 1967, local iwi were evicted from the land and forced to rebuild nearby with the Government then selling the land for the Raglan Golf Course.

In the early 1970s, Tainui Awhiro, led by Māori activist Eva Rickard, began the fight to have the land returned and after much protest, marches, petitions, lobbying, occupations and arrests on the golf links themselves they were finally successful in 1983. The land was handed back – but not until they had fought off a government “offer” requiring them to buy their land back from the Crown.

It was my first experience of being part, in a very small way, of a Māori land protest.

One of the important things I remember from Raglan, Bastion Pt and those early land protests were the messages of support and solidarity which came in from around the country and all over the world. Typically, these would be read out at the start of a protest hui and local iwi and supporters took great heart from them. They lifted spirits and warmed hearts when things sometimes seemed bleak.

We have a long way to go in decolonisation in Aotearoa New Zealand but we have come a significant way from the crude government behaviour at Raglan.

On the other side of the world, colonisation in Palestine is continuing apace since the mass expulsions of Palestinians from their land in 1948 (more than700,000 people evicted from their homes and land by Israeli militias from more than 500 villages with dozens of civilian massacres along the way).

Every day for the past 74 years, more Palestinians have been evicted from their land using all manner of spurious, creative justifications, backed by a court system run by the Israeli colonisers.

In the spotlight today are 12 Palestinian villages with more than 1000 people who face eviction from their land in an area of the South Hebron Hills called Masafer Yatta.

*John Minto is a political activist and spokesperson for Palestine Solidarity Network Aotearoa. He is also a Core Group member of the Movement for Liberation from Nakba.  He can be contacted at johnminto@orcon.net.nz