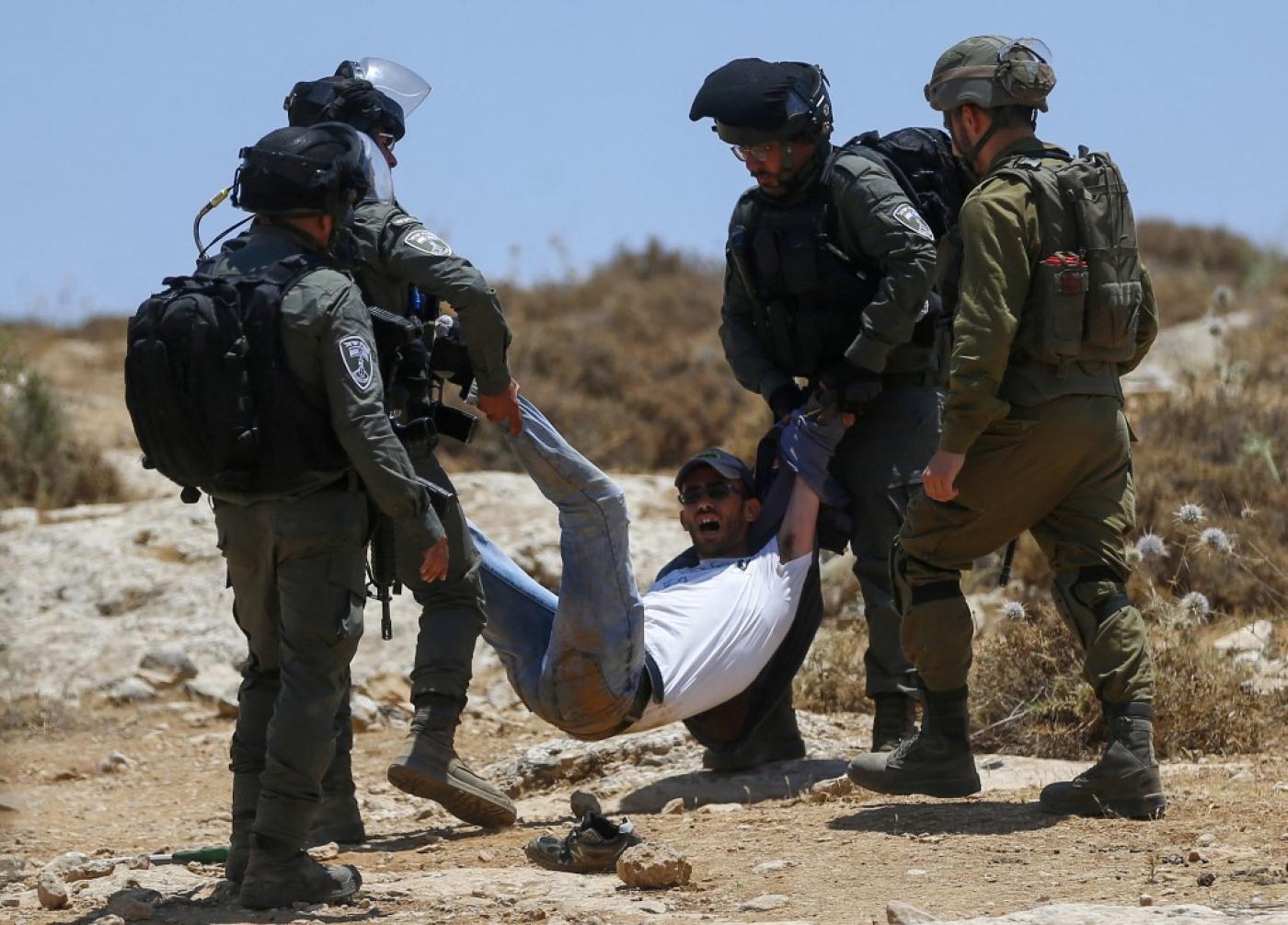 Israel’s Supreme Court ruled that the state had the power to revoke the citizenship of a person convicted of offences that amounted to “breach of loyalty”, even if the person would become stateless as a result and in violation of international law…The importance of this decision cannot be overstated. Its implications are grave and will be seen in the near and far future. This decision has created a legal path for revoking the citizenship of the 48 Palestinians (also known as Palestinian citizens of Israel), a stepping-stone in Israel’s efforts to advance the ethnic cleansing and expulsion of Palestinians. On a practical level, the court has cleared the way for what would become the routine denaturalization of Palestinians with Israeli citizenship, making them vulnerable to deportation, something Israel has long aspired to. The decision to substitute citizenship with a so-called permanent residency status might enable individuals to continue to have access to some social services, but it strips them from the utmost protection that citizenship is designed to grant: the right to remain at home…The experience of Jerusalemites teaches us that there is nothing permanent in “permanent residence” when it comes to Palestinians. Since 1967, Israel has regularly revoked the residence of Jerusalemites, effectively banning them permanently from their city and homes. .. It pursued plans for the mass expulsion of 48 Palestinians in its first decade. The Kafr Qasim massacre of October 1956, in which the army executed 51 Palestinians, was part of a larger secret plan, called Operation Hafarperet, to oust the Palestinian population from the Little Triangle…​​We have seen calls to demand that 48 Palestinians sign an oath of allegiance to the Israeli state as a Jewish state; the adoption of the Nation-State of the Jewish People in 2018; and the advancement of what is known as the “population exchange” plan – the planned transfer of Little Triangle villages and their estimated 300,000 residents to the Palestinian state against the will of the Palestinians in these areas…Israel sees in their citizenship a gesture, not a right – and gestures can always be undone…

Israel is working step by step to create legal paths for making denaturalization, and thus the expulsion, of 48 Palestinians possible.”
Read full article by Lanna Tatour in Middle East Eye

Imagining Return: A Practice of Memory and Resistance

“I imagine my family’s return to Palestine very often! Just as the story of my grandparents’ displacement has come to define the lives of my parents and myself, I hope that the story of our return is what defines the lives of my children and grandchildren…Historically, longing for return has been vital in maintaining the identity of Palestinian refugees, with the Nakba being the violent event experienced by our people that came to define our national experience. Keeping the right of return relevant has maintained our people’s memories of towns and villages lost in 1948 alive amongst younger generations. I propose that we go further though. Imagining our return is not just a daydream, but a strategic exercise in preparation for what will one day be a reality. And let us be so radical as to envision our role in this preparation. How will we navigate physical return? Who will facilitate this return? Who will return? What will happen upon our return? Imagining liberation and return is a framework that allows Palestinians to organize accordingly; imagining return is the first step in actualizing it.”
Read full narrative in Palestine Studies.org

Germany Provides a Kosher Stamp for the Israeli Occupation
The racist and conservative Israeli right is controlling Germany’s actions regarding Jews, antisemitism and Israel
“Israel has turned antisemitism into a powerful diplomatic weapon. …This is the infrastructure of Israeli political awareness and statesmanship, and Germany plays a key role in it: to serve as a kosher certificate for the injustices carried out by Israeli Jews. The German state is terrified of any confrontation or clarification with Israel over the nature of contemporary antisemitism, and the question of what is appropriate criticism of Israel’s illegitimate policies…The Holocaust and the State of Israel must remain critical components of Germany’s political and ethical identity – but this is not the case. In all areas concerning Israel and the Jewish people, no real freedom of expression currently exists in Germany. Strict and severe censorship is automatically activated there, even if understandably. But a mechanism of cynical and political exploitation has assumed control, turning the Holocaust and its memory into a means for rejecting any criticism of Israel.”
Read more in Haaretz

EU says it found evidence that senior officials were targeted with NSO spyware
In a letter obtained by Reuters, EU Justice Commissioner Didier Reynders says investigators have found evidence that his phone was hacked using Israeli tech; NSO offers assistance
“Senior European Union officials have found evidence that their phones were targeted using the Pegasus surveillance spyware developed by Israeli security firm NSO Group, Reuters reported Wednesday. In a letter addressed to European lawmaker Sophie in ‘t Veld by EU Justice Commissioner Didier Reynders and obtained by Reuters, Reynders said he had been warned last year by tech giant Apple that his iPhone may have been targeted by hackers. This prompted a broader investigation, reported by Reuters in April, that found evidence of other European officials being targeted by hackers using Israeli surveillance technology.”
Read report in Times of Israel

New EU report on settlements can’t be taken seriously
Diplomats are not generally renowned for making fashion statements. Sven Kühn von Burgsdorff, the EU’s envoy to the occupied West Bank and Gaza, is an exception. He is known to tour Palestine sporting a navy T-shirt and white trousers. The sartorial revolution von Burgsdorff has undertaken represents the triumph of style over substance. Despite projecting a casual image that differs from the stuffy suits normally associated with big bureaucracies, his activities and those of his colleagues remain as deceptive as ever. That becomes clear once a new paper published by his office is analyzed.

The paper provides much detail about Israel’s settlement activities in the recent past. It laments in particular how the colonization of East Jerusalem intensified during 2021. One section commends the EU for its “vocal” opposition to the planned expansion of an Israreli settlement in Jerusalem’s Atarot neighborhood. Diplomatic pressure has delayed the expansion, the paper contends. Just how “vocal” has the EU been? The paper cites three criticisms of Israel’s settlement activities issued by a spokesperson on foreign policy last year – hardly a signal that officials have been protesting at every available opportunity.

Israel’s police force is inseparable from the settlement activities that the EU claims to oppose. Not only is it headquartered in East Jerusalem, the police force conducts home demolitions and other acts of dispossession against Palestinians. Its brutality was made plain in May, when the force attacked pallbearers at the funeral of Shireen Abu Akleh, an Al Jazeera journalist killed by the Israeli military. Despite criticizing such activities, the EU regards Israel’s police force as a partner. The force and Israel’s ministry for public security are taking part in more than 10 EU-funded scientific research projects. And nobody working in or for the Brussels bureaucracy seems to give a damn. That is the inescapable conclusion from a freedom of information request which made recently. The European Commission – the EU’s executive – identified just two such documents. Both were replies drawn up in response to parliamentary questions.
Source: