Israel’s democracy in the doldrums

Israel’s democracy is in the doldrums. Or worse! You can never combine facets of a liberal democracy with an autocratic regime. Ideologies that tug at each other are bound to fall apart. You cannot, otherwise, be compelled into five elections in less than three years, as has happened in Israel. The people simply cannot make up their minds about what to pick from what is on political offer. Israel’s political cacophony is a form of absurdity when parties of varying and even contra ideologies stitch themselves into alliances of convenience with one and only one intention – to rule. When dissimilar political poles attract, even political science ensures things will separate and fall apart. No wonder, the state of the regime in Israel is referred to as a ‘pseudo democracy’.

Much of the sham versions of what Israel has become is evident from how Israel views its own history, its makings as a State, and the way it treats Palestinians in every aspect of politics, society, economics, and cultural facts.

Laws and more laws have been approved only to further subjugate Palestinians. In many parts of western society, governments are trying to dilute the potent impact of BDS measures. They are allies of Israel. But their actions are not going unchallenged. Solidarity partners are grouping themselves into campaigns that oppose the measures. In the UK, for example, Friends of Al Aqsa are demanding that the government repeal the anti-BDS law and allow the people the right to boycott.  In another challenge- militant in its content- The Islamic Waqf responsible for the Al-Aqsa Mosque and Muslim holy places in Jerusalem have openly threatened that changes to the decades-old status quo at the walled compound of Al-Aqsa Mosque/Al-Haram Al-Sharif must be withheld lest it turn into a religious war. In the midst of resistance, Israel does the unthinkable all the time. Saadia Farajallah, the oldest Palestinian female prisoner, died six months after being assaulted by Israeli forces during arrest.  At the level of international sport, western hypocrisy flourishes without any conscience. FIFA and UEFA obstruct athletes and the public who support Palestine from mixing sports and politics, while empathy for Ukraine has woven into the rites of competitions under their rubric.  Please read and disseminate this news widely.

Pseudo Democracy: State of the Regime in Israel

“Zulat’s report shows that Israel has never been a model of a liberal democracy. In other words, its regime has been a hybrid of both democratic and authoritarian components, which at different periods has tilted toward one of those extremes. The flaws in the regime and its inherent deep tensions have afflicted the State of Israel since its inception. To illustrate this, we have only to refer to the authoritarian tendencies in the first decades of the state when the Mapai party was in power. The report shows that the democratic crisis did not begin only because of this or that prime minister but due to historical, political, social, and economic circumstances, both in the domestic and international arenas. The reigns of Mapai and Likud stems from the similarity between the authoritarian tendencies of both parties and from the fact that these are periods that shaped the character of the regime. An intensification of the authoritarian elements took place at the turn of the 21st century, during the tenures of Binyamin Netanyahu, Ehud Barak, Ariel Sharon, and Ehud Olmert, until the elections of March 2009, when Netanyahu was re-elected prime minister. This process, which redoubled against the backdrop of the second intifada, was largely influenced by the changes in the balance of political power in Israeli society after the assassination of Prime Minister Yitzhak Rabin. Thus, in parallel with the expansion of the settlement enterprise in the West Bank and rule over the Palestinian people, Israel saw the surge of delegitimization and discredit of the judiciary, the gatekeepers, the Left camp, and Israel’s Arab citizens.”
Read more on Zulat.org

Tantura massacre: Holding up a mirror to Israeli society

“Tantura is a mirror of Israeli society. The attitudes of those interviewed [in the new documentary, “Tantura”] are a reflection of how Israeli society understands its histories, the foundation of the state, as well as its contemporary understanding of Palestinians. Watching the film in the aftermath of the assassination of Shireen Abu Akleh and the ongoing  state sanctioned expulsion of residents of Masafer Yatta, it is clear there is a direct line between the impunity with which these veterans recount their time in 1948 and the impunity with which Israel can attack Palestinians both within and beyond the Green Line, without any material consequences or accountability…The blatant refusal by Jewish Israelis to confront 1948 means that the legacy of the war acts like a dormant virus in Israeli society. It forces Israel to render the mere existence of Palestinians as an existential threat.”
View more in Araby.co.uk

UK PM urged to scrap anti-BDS Bill
A group of anti-apartheid organisations, led by Friends of Al-Aqsa, today submitted a petition to Downing Street urging the prime minister to scrap the anti-BDS Bill and instead protect the right to boycott in the UK. The group included the Israeli Committee Against House Demolitions UK, the Stop the War Coalition, Palestinian Forum in Britain, Amos Trust, Liberal Democrats Friends of Palestine and Conservative Friends of Palestine. 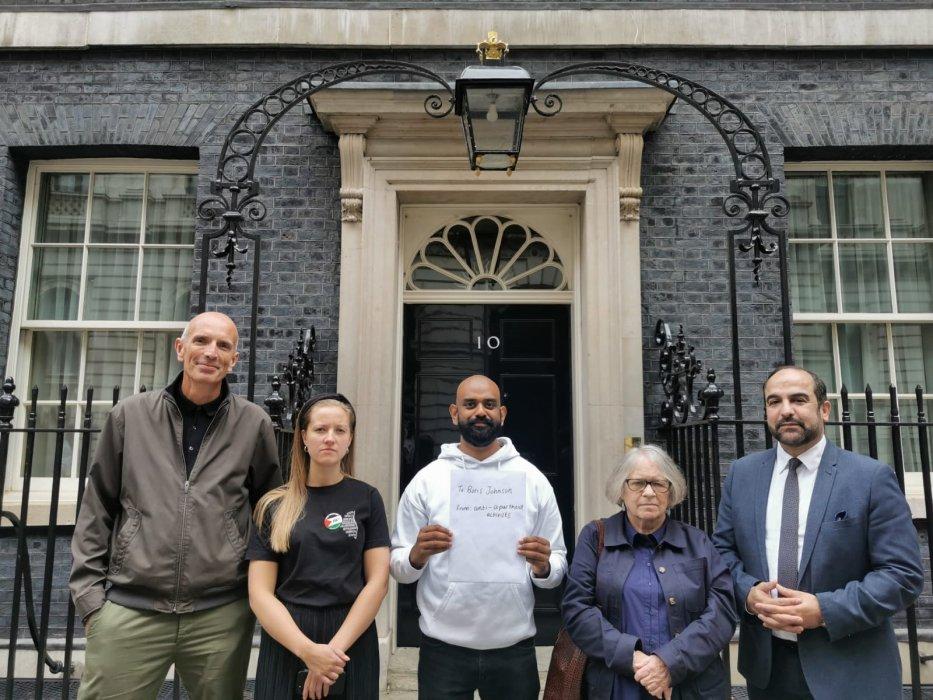 “The right of public bodies to boycott and divest from those who abuse human rights and fail to comply with international law must be upheld,” the petition said. “In a free society, public bodies must retain the right to make ethical choices….This is worrying legislation,” said Shamiul Joarder, head of public affairs at FOA. “Public bodies must retain the right to boycott and divest from those complicit in Israeli apartheid. This is a first step towards criminalizing the individual right to BDS in the UK, and part of a wider crackdown on anything that opposes government policy, as seen by the Public Order Bill which allows police to shut down protests that are ‘too noisy’.” The UK government has banned public bodies from taking part in boycott and divestment campaigns — a move that pro-Palestine activists say is in place to help businesses profiting from apartheid Israel.
Read more in Middle East Monitor

The Islamic Waqf (Endowment) department, which is in charge of Al-Aqsa Mosque and Muslim holy places in Jerusalem, warned today that any Israeli changes to the decades-old status quo at the walled compound of Al-Aqsa Mosque/Al-Haram Al-Sharif could ignite a religious war. The warning came after recent calls by extremist Jewish groups to break into one of the mosques within the compound and hold Jewish prayers there starting Sunday. Extremist Jewish groups are demanding to turn the mosque by the closed Bab al-Rahmah (Golden Gate) area into a Jewish temple, a step toward changing the status quo at the Al-Aqsa Mosque compound that considers the entire 144 dunums of the compound, both underground and above it, with all its buildings, courtyards, terraces, walls, and the roads leading to it to be a purely Muslim right that cannot be divided or shared. The Waqf warned the Israeli government and police against allowing the extremist Jewish organizations, “whose aim is to stir up strife and ignite the region,” from having their way at the third holiest site in Islam. It said that these calls by the extremist organizations “will drag the region into a religious war with ominous consequences,” which Israel will bear, stressing that “the people in Jerusalem, Palestine, and all Muslims will not hesitate to defend their Mosque.”
Refer Source: PNN. English

A 68-year-old Palestinian woman died in an Israeli prison on Saturday, six months after she was beaten and detained by Israeli forces near a military checkpoint in Hebron, the Palestinian Prisoners Club reported.  The Prisoners Club accused Damon prison authorities of medical neglect as Saadia Farajallah’s health had recently been in decline due to multiple chronic illnesses, including high blood pressure and diabetes. It said Israeli forces brutally assaulted Farajallah as they detained her in Hebron’s old city on 18 December 2021 for allegedly attempting a stabbing attack, and this had aggravated her already weak health.  The head of the Prisoners and Former Prisoners Committee, Ibrahim Najajra, rejected the Israeli claims regarding the incident, saying that Farajallah’s condition would have prevented her from exerting any efforts, let alone attempting an attack. “The cause of death is not immediately clear, but initial information indicates that she suffered a heart attack and died inside the Damon prison,” Najajra told Middle East Eye.
Read more in Middle East Eye

Hypocrisy and Double Standards: FIFA Message to Palestine, the World
By Issam Khalidi 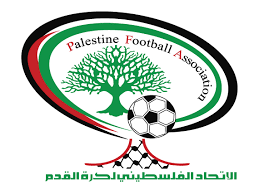 FIFA and UEFA have prevented athletes and the public who support Palestine from mixing sports and politics, while sympathy for Ukraine has become part of the rituals of matches and ethics of these two organizations. The hypocrisy and double standards of the Western countries and their institutions have deeply disappointed us, although we had previously been aware of their positions. In response, many began reconsidering their dealings with these institutions, leading to a loss of respect for them. The Russian tennis player Artem Dzyuba said he opposes any war, but he asked, “Why did they separate politics from sports for so long, and then, when it came to Russia, they forgot this principle.” Morals are indivisible, i.e., one cannot respect the feelings and rights of one group while ignoring or despising those of another group.
Read full article in Palestine Chronicle