Palestine will win. What of Israel’s future?
In recent days there has been a fair amount of speculation on the question of how long Israel will survive as a State. Gideon Levy prophetically,, stated: “There is not a single Israeli, not one, who knows where his/her country is headed”.

Striking a note of daring positivity, Ramzy Baroud, Palestinian-American Author journalist and the Editor of The Palestine Chronicle states: “Palestinians ‘are bound to win” He raises the question as to  “Why Israelis are prophesying the end of their state?” Baroud is asserting the conviction that Israel will cease to exist in its current form based on the prediction of one of Israel’s most respected mainstream historians, Benny Morris. Baroud affirms Morris who argues that “the Palestinians look at everything from a broad, long-term perspective,” and that the Palestinians will continue to “demand the return of the refugees.” Baroud is swift to clarify that he is not referring to the Palestinians as the same thing as the Palestinian Authority, where one does not observe keenness to the Right of Return for Palestinian refugees, and most certainly have no “broad, long-term perspective”. To Morris and Baroud, the Palestinian people are “generations of who have served, and continue to serve, as the vanguards of Palestinian rights despite all of the setbacks, defeats and political ‘compromises’”.

It is worth nothing that “since Israel has always defined itself as a Jewish State, its future is mostly linked to its ability to maintain a Jewish majority in historic Palestine”. Morris knows that this “pipedream is now crumbling as the ‘demographic war’ is clearly and quickly being lost. And even though “co-existence in a single democratic state will always be a possibility… such a state will hardly meet the minimum expectations of the country’s the Zionist ideology would have to be scrapped altogether”. Already, Israel is not a Jewish-majority state. Baroud contends that “Muslims, Christians and Jews can peacefully coexist and collectively thrive, as they have done throughout the Middle East and the Iberian Peninsula for millennia. Indeed, this is a prediction, even a prophecy that is worth striving for”.

Ramzy Baroud’s article is the first extract in this issue of Palestine Updates. We recommend that readers use the link to read the entire article. It has insights that matter to anyone who looks towards the future of Palestine and how things will pan out for Israel.

Palestinians ‘are bound to win’: Why Israelis are prophesying the end of their state (An excerpt)
Ramzy Baroud

While it is true that Zionism is a modern political ideology that has exploited religion to achieve specific colonial objectives in Palestine, prophecies continue to be a critical component of Israel’s perception of itself, and of the state’s relationship with other groups; especially Christian messianic groups in the United States and worldwide.

The subject of religious prophecies and their centrality to Israel’s political thought was once more highlighted following remarks by former Israeli Prime Minister Ehud Barak, in a recent interview with the Hebrew-language newspaper Yedioth Ahronoth. Barak, perceived to be a ‘progressive’ politician, who was once the leader of Israel’s Labour Party, expressed fears that Israel will “disintegrate” before the 80th anniversary of its 1948 establishment. “Throughout the Jewish history, the Jews did not rule for more than eighty years, except in the two kingdoms of David and the Hasmonean dynasty and, in both periods, their disintegration began in the eighth decade,” Barak said.

At a Bible study session in his house in Jerusalem, Netanyahu had then warned that the Hasmonean kingdom – also known as the Maccabees – had merely survived for 80 years before it was conquered by the Romans in 63 B.C.E. The “Hasmonean state lasted only 80 years, and we needed to exceed this,” Netanyahu was quoted by one of the attendees as saying, the Israeli Haaretz newspaper reported. But, even according to Netanyahu’s purported determination to exceed that number, he had reportedly vowed to ensure Israel will surpass the Maccabees’ 80 years, and survive for 100 years. That is merely 20 years more.
Read full article by Ramzy Baroud

Israel detained 450 Palestinian children since the start of the year, including 353 from occupied East Jerusalem, today said the Commission of Prisoners Affairs. It said Israel is still holding 170 minors in its prisons in addition to dozens of others who were minors were they were arrested and sentenced.
Source:

Possible successor to Abbas warns Israel, but works with it

Hussein al-Sheikh, a senior Palestinian official increasingly seen as a successor to the 86-year-old President Mahmoud Abbas, says relations with Israel have gotten so bad that Palestinian leaders cannot go on with business as usual. But even if they are serious this time around, they have few options. And they appear unlikely to do anything that undermines their own limited power in parts of the occupied West Bank, which largely stems from their willingness to cooperate with Israel. In an exclusive interview with The Associated Press on Monday, al-Sheikh defended the Palestinian leadership in the West Bank, saying it was doing the best it could under the difficult circumstances of Israel’s 55-year-old military occupation. As the point man in charge of dealing with Israel, he said there is no choice but to cooperate to meet the basic needs of Palestinians. “I am not a representative for Israel in the Palestinian territories,” he said. “We undertake the coordination because this is the prelude to a political solution for ending the occupation.” Al-Sheikh saw his profile rise further last month after Abbas named him the secretary-general of the Palestine Liberation Organization. The appointment has generated speculation that al-Sheikh is being groomed for the top job — as well as criticism that the autocratic Abbas, who has not held a nationwide election since 2006, is once again ignoring the wishes of his people. 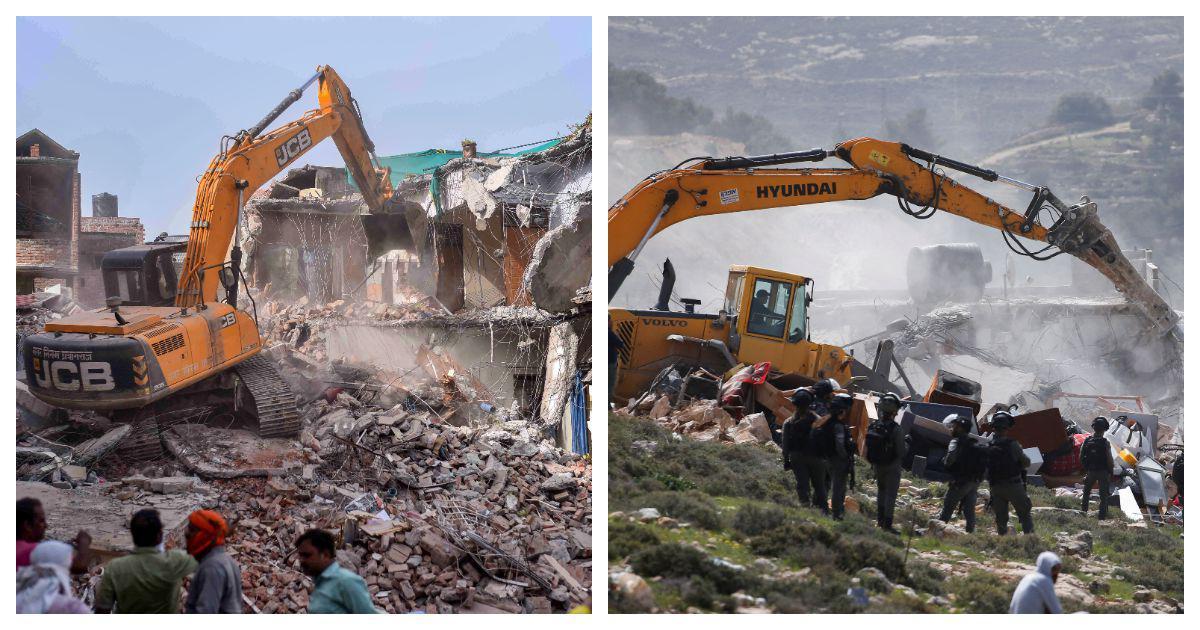 A home is not merely an upright structure made of soil and steel. It is an oasis of security, stability and privacy. It is an oasis of memories and aspirations, a melting pot of emotions. It is also a complex aggregate of time and space, a stack of many joys and sorrows. In a world of strange absurdities, it is a site of familiarity. That is why the act of demolishing a home is particularly brutal. It is more than a physical assault on four walls and a roof. It is an emotional offensive against memories, an unsparing strike at the heart of an entire world that is built on top of several layers of hopes and dreams. It is an act of total erasure, of memoricide.

These are realities that both the perpetrator and the victim are aware of during and after the act of demolition. In fact, it is this mutual awareness of the scale and significance of the brutality of razing a house that the perpetrator uses to destroy their victims – they know it is harder, sharper and way more lethal than the spiked edges of a bulldozer’s mechanised arm.

The act of demolition is also theatrical. The perpetrator creates and uses this drama in abundance to conjure a grand spectacle of ruin, which itself becomes punishment for the victim. What is more humiliating than seeing bulldozers laying waste to your homestead in broad daylight, as neighbours or distant strangers on television sets and smartphones spectate, either helplessly or gleefully?
Source: 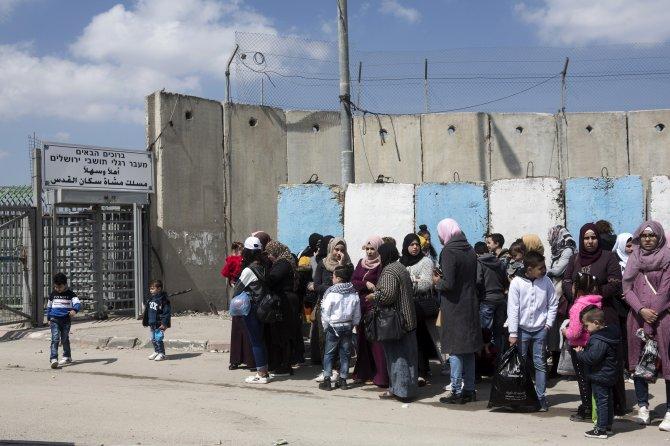 Fifty-one percent of the Dutch think there is apartheid in Israel and the occupied Palestinian territories. Most Dutch people hold Israel and Hamas responsible for the persistence of the conflict, are opposed to the construction and expansion of illegal Israeli settlements and expect the Dutch government to take action accordingly. “This picture of how Dutch people view the situation in Israel and the occupied Palestinian territories has never been given before. Although many people only have limited knowledge of the situation, the results are striking as they show a huge gap between the Dutch government’s policy and the opinions of a cross-section of the Dutch population. According to the survey, the Dutch want the government to take a firmer stance on human rights abuses,” says Anna Timmerman, the General Director of PAX.

Anna Timmerman: “A notable finding is that young people in particular tend to see Israel as responsible, more so than Hamas and the Palestinian Authority.” Most people think Israel should stop building and expanding settlements: 56 percent agree with this statement and only 6 percent disagree. Many Dutch people want the government to change its position: majorities (54 percent and 57 percent) want the government to take a firmer stance on human rights abuses by Israel and by Hamas respectively. Only small proportions (11 percent and 8 percent) disagree.
Source:

The Song of BDS: In Memory of Samah Idriss (VIDEO) 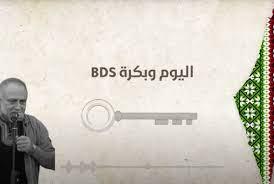 It’s been a year since Israel’s brutal aerial bombardment of Gaza, in which hundreds of Palestinian civilians, including women and children, were killed by Israel’s war machine.

At the time, the Gaza-based Civil Society issued a statement calling on international supporters to escalate #BDS campaigns to isolate apartheid Israel’s murderous regime of oppression! This song was supposed to be released as part of the #IsraeliApartheidWeek ‘s activities last year, but due to the spread of Covid19 and the Israeli attack, it didn’t see the light.

It is a song calling for a boycott of apartheid Israel, and states the demands of the Palestinian people, which happen to be those of the BDS movement: “We want freedom and return.”

It goes on to celebrate the culture of boycott from “Haifa (1948) to the West Bank (1967.)” That is the desired “firebrand” that needs to be “ignited” and the “fruit of the tree that needs to be watered by the coming rain to tell the tale of revolutionary heroes with grand ideas.”
View video