When will Tel Aviv yield to mounting calls for an end to apartheid?
The Episcopal Church, based in the United States with additional dioceses elsewhere, is a member church of the worldwide Anglican Communion has doggedly pursued the question of justice for Palestinians. Four powerful resolutions have spelt out  a pathway to be navigated to get the church to gain authority to act more proactively on behalf of Palestinians. That represents positive news in the solidarity movement for Palestine.

On the other hand, the predictable has happened. Israel has resumed settlement activity with revenge immediately after President Biden left the region following his short visit. Did Biden know it would happen? Almost certainly!  Israel has declared steps to seize hundreds of dunums of Palestinian in the occupied West Bank in order to build 30,000 new settlement housing units.

Not directly pertaining to the Palestinian struggle, a blog by Representative of the European Union, Josep Borrell, seems to have accepted the painful truth that the West is losing what he termed “the global battle of narratives”. Nothing new in this! Europe has eternally played double games in the region. Josep Borrell lies to himself, the EU, and the world when he pretends that Europe is playing by rules when, in fact, it is not. Ramzy Baroud a writer-thinker on Palestine, points to how “The immediate impression … is that the West is the global vanguard of multilateralism and territorial sovereignty.” Ramzy argues that “the opposite is true. The US-western military interventions in Iraq, Bosnia, Afghanistan, Syria, Libya and many other regions around the world have largely taken place without international consent and without any regard for the sovereignty of nations. In the case of the NATO war on Libya, a massively destructive military campaign was initiated based on the intentional misinterpretation of United Nations Security Council resolution 1973, which called for the use of “all means necessary to protect civilians”.
Palestine suffers from this two-faced political conduct of Europe.

The Western political establishment is firmly held under a vice-like grip by the Zionist forces in Israel. At the same time, churches, human rights groups, student unions, and trade unions in the West are drawing up rock-solid lines of support to the Palestinian struggle. At the end of the day, this will make the difference. As in the case of South Africa, most western nations stubbornly held on to support the apartheid regime. The streets were equally inflexible and when their numbers extended hugely, governments started exerting pressure on the government in Pretoria. Nelson Mandela was freed and apartheid ended. In anticipation, we might ask in hope: “How long more will it take before the regime in Tel Aviv is compelled to yield?” 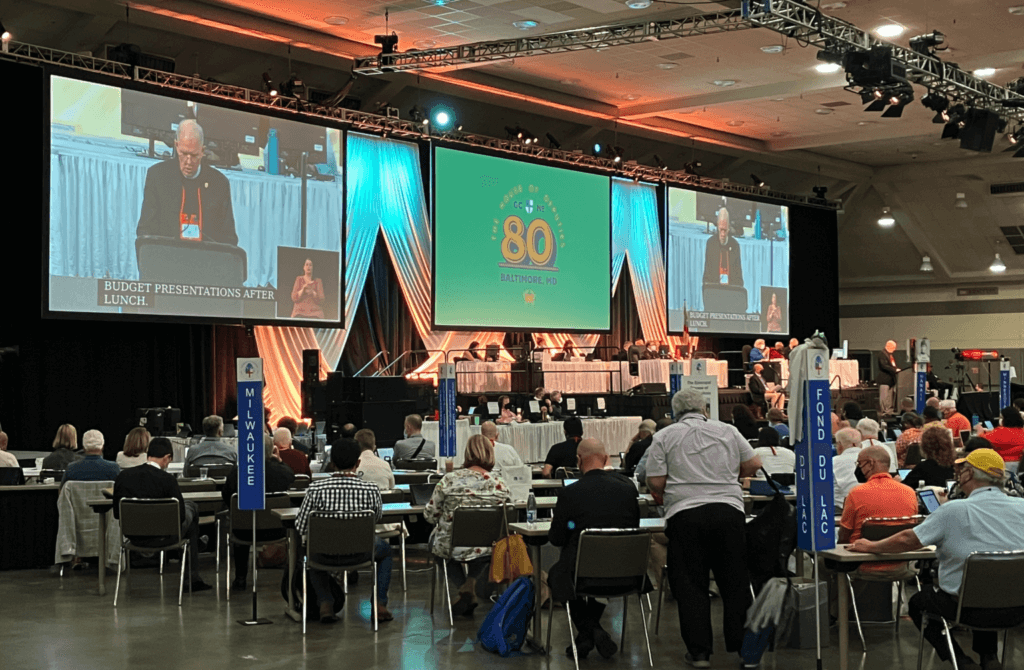 In Justice and Peace in the Holy Land – Our Call to Action, Episcopalians “recognize the right of the State of Israel to exist and condemn the continued occupation, segregation and oppression of the Palestinian people; recognizing that for Israel to be a democracy it must allow equality for all its peoples.” The resolution further urges U.S. leaders “to take action to oppose Israeli laws and practices that result in unequal rights for two peoples.”

In a resolution titled Freedom of speech and the right to boycott, the church calls on President Biden and members of Congress to “oppose legislation that punishes supporting nonviolent boycotts and divestments of behalf of Palestinian human rights.”

A third resolution, Conditioning U.S. military aid on human rights, reaffirms the church’s longstanding commitment to “…ensuring that U.S. military assistance and arms sales not be used to perpetuate conflict, violate human rights, or contribute to corruption, instability, or violence.” The resolution also calls on the church’s ministries “to oppose U.S. government military assistance, including the sale or provision of arms and related technologies such as surveillance equipment, to countries that have demonstrated well-documented, persistent, and egregious human rights abuses.”

In a separate action, the church’s House of Bishops approved a resolution registering “alarm at the escalating threat to the Christian presence in the Holy City of Jerusalem and the Holy Land from Israeli radical groups who are actively seeking to undermine the Christian communities of the Holy Land. Addressing concerns expressed by the Patriarchs and Heads of Churches in Jerusalem, the bishops pointed to the “increasing pressure from those who seek to change fundamentally the historic multi-cultural, multi-ethnic, and multi-religious character of the region” and registered their “deep concern for the consequences for the ongoing life of the residents of the Christian Quarter of the Old City of Jerusalem.”

In calling for human and equal civil rights for Palestinians, the Episcopal Church joins many other denominations in denouncing Israel’s continuing dispossession and discrimination against the Palestinian people.
Source: 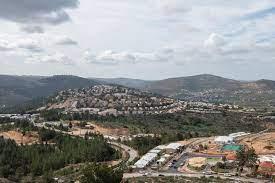 The government of Israel has resumed its settlement activities and plans the minute US President Joe Biden has left the region, today said Prime Minister Mohammad Shtayyeh. Shtayyeh said Israel has announced plans to seize hundreds of dunums of Palestinian land in the Bethlehem and Ramallah districts in the occupied West Bank in order to build 30,000 new settlement housing units, a step he stressed would undermine the two-state settlement.

Israel must immediately stop all settlement activities, as demanded in United Nations resolutions, in order to preserve the right of the Palestinian people to establish their independent state, he said. Biden visited the region last week, starting with a visit to Israel and Palestine, and then traveled to Saudi Arabia for a summit meeting with Arab leaders. Shtayyeh applauded the outcome of the Arab leaders’ meeting with Biden for stressing the importance of a just settlement for the Palestinian-Israeli conflict on peace and security in the region and the world.
Source:

The war ‘diplomat’: How the West lost the ‘global battle of narratives’
By Ramzy Baroud (Excerpts)

In a blog entry, reflecting on the G20 Foreign Ministers’ meeting in Bali, Indonesia, on 7-8 July, the High Representative of the European Union, Josep Borrell, seems to have accepted the painful truth that the West is losing what he termed “the global battle of narratives”.

“The global battle of narratives is in full swing and, for now, we are not winning,” Borrell admitted. The solution: “As the EU, we have to engage further to refute Russian lies and war propaganda,” the EU’s top diplomat added. 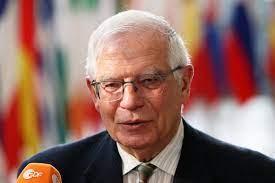 Borrell’s piece is a testimony to the very erroneous logic that led to the so-called ‘battle of narratives’ to be lost in the first place. Borrell starts by reassuring that, despite the fact that many countries in the Global South refuse to join the West’s sanctions on Russia, “everybody agrees”, though in “abstract terms”, on the “need for multilateralism and defending principles such as territorial sovereignty”. The immediate impression that such a statement gives is that the West is the global vanguard of multilateralism and territorial sovereignty. The opposite is true. The US-western military interventions in Iraq, Bosnia, Afghanistan, Syria, Libya and many other regions around the world have largely taken place without international consent and without any regard for the sovereignty of nations. In the case of the NATO war on Libya, a massively destructive military campaign was initiated based on the intentional misinterpretation of United Nations Security Council resolution 1973, which called for the use of “all means necessary to protect civilians”. Borrell, like other western diplomats, conveniently omits the West’s repeated – and ongoing – interventions in the affairs of other nations, while painting the Russian-Ukraine war as the starkest example of “blatant violations of international law, contravening the basic tenets of the UN Charter and endangering the global economic recovery”.
Source:

No Palestinians living under Israeli occupation benefitted one iota from President Joe Biden’s brief Middle East visit. Biden had the executive power to reverse the damage done when former President Donald Trump moved the U.S. Embassy to Jerusalem, recognizing Israel’s control over the disputed capital. Biden chose to not do so. 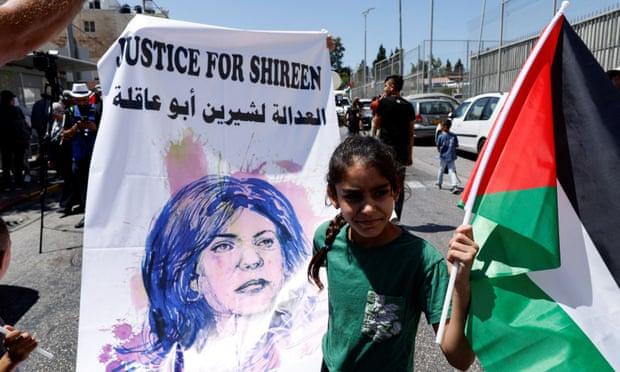 Biden has never addressed Israel’s responsibility for the murder of Palestinian-American journalist Shireen Abu Akleh, killed by Israeli soldiers in May, as she covered an Israeli Defense Forces operation in the occupied West Bank. Biden spent his brief time in occupied Palestine meeting with Israeli Prime Minister Yair Lapid. The two signed a joint strategic declaration pledging further bilateral cooperation. They took a hate-filled aim at the international Boycott, Divestment and Sanctions (BDS) movement, which organizes nonviolent opposition to pressure Israel to adhere to international law.

Biden and Lapid discussed preventing Iran from obtaining a nuclear weapon. Yet Israel, which never signed the Nuclear Non-Proliferation Treaty, possesses roughly 400 nuclear warheads and has the ability to deliver them by several methods. Shortly after Biden’s brief visit, Israel escalated its bombing of the occupied Gaza Strip — often referred to the world’s largest open-air prison.
Source: