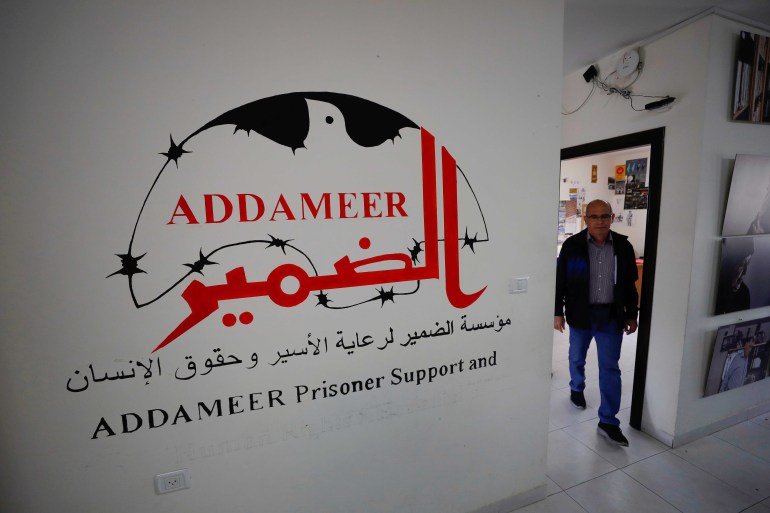 The ministry, citing 2016 anti-Palestinian terror legislation, has accused these organisations of being affiliates of the Popular Front for the Liberation of Palestine (PFLP), a Marxist-Leninist political party. More specifically they are accused of forming “a network of organisations active undercover on the international front” on behalf of the PFLP. The Israeli regime has yet to provide any proof to back its claims, but to Palestinians, it is clear that this is its latest bid to criminalise Palestinian civil society.

These particular organisations are renowned internationally for their critical human rights and social work. Addameer, for example, provides crucial legal and social support to Palestinian political prisoners and their families. Another organisation, Al-Haq, has spent decades documenting human rights abuses by the Israeli regime, collecting invaluable data and winning many international awards. The Union of Agricultural Work Committees supports Palestinian farmers in the face of ongoing oppression and land theft by the Israeli regime.

This attack on Palestinian organisations is not happening out of the blue. It is the latest escalation of Israel’s systematic campaign to stifle Palestinian civil society that has been ongoing for over seven decades.

More recently, in the last decade, there have been coordinated efforts led by various non-governmental groups working in tandem with the Israeli ministry of strategic affairs to target and defame Palestinian NGOs which work on Palestinian human rights.

The terror designation effectively criminalises the work of the six NGOs and allows the Israeli regime to close down offices, seize assets, arrest staff and even prohibit funding or public expressions of support for their activities. It could also make third parties and foreign partners apprehensive about engaging with these organisations and their work.

While this designation is an escalation, it is not the first time the Israeli regime has falsely applied the terrorism label to Palestinian organisations or individuals. The label is frequently bandied about by Israeli officials and Israel’s supporters to discredit and defame those who document Palestinian rights violations and those who resist such violations. The tactic is simple and can be quite effective.

This coordinated attack on Palestinian civil society has also included allegations of misuse of funds or corruption in a bid to try and pressure international funders to withdraw their financial support. It has also involved regular raids on NGO offices to intimidate their staff and partners and disrupt their work.

In July, for example, Israeli security forces broke into the office of Defense for Children International. The NGO, which works with Palestinian children detained by Israel, reported that Israeli soldiers took computers and files relating to some of the cases it is working on. Addameer has also faced countless raids on its offices over the years which have seen damage and theft of equipment and files. In the face of ever-escalating abuse and intimidation by the Israeli regime, these organisations and others have continued to work for the benefit of the Palestinian people.